Rise Above: Finding A Place to Stand

Students read the poetry of Baca written while he was incarcerated to inform their artwork based around the essential question. Much of the student artwork was inspired by the writings of Baca. A few students created art from their own personal experiences with incarceration and family members. Students used metal “drawers” to encase their mixed media assemblage art to symbolize the idea of confinement. A variety of media was incorporated into their projects such as found objects, wood, fabric, acrylic paint, spray paint, joint compound, and enamel paint. Students created art as QuickDraws in their sketchbooks, inspired by themes related to incarceration such as “barriers”, “freedom”, and “good/bad choices”. During the project select students came forward to share their personal stories of incarceration with close family members and their own first-hand experiences of being locked up. Nine of these stories were incorporated into 4 foot by 8 foot woodblock prints. Each woodblock print tells the story of one student through personal statements and images of artifacts students shared with the class. Images are combined with text from their stories. Other art classes took the writings of Baca and produced scratchboard art and marionettes. The video production class produced a HipOpera based on the life of Jimmy Baca. Students wrote lyrics and beats, and performed in front of large backdrop paintings depicting various scenes of Baca’s childhood.

Relief Sculpture, Metal Drawers: Using Baca’s writing, various poems were used to inform final art pieces placed inside metal drawers to create a relief composition. The metal drawers became a powerful metaphor symbolizing a confined space. Students completed a master drawing of all the elements in their designs, then used a variety of techniques to produce the elements composing the design. Text from Baca poems were incorporated into their designs.

HipOpera Backdrops: Fourteen large backdrops were painted representing various stages in the life of Baca. There was the city streets during his adolescent years, the surrounding countryside of Estancia during his youth, and the prison backdrops where he taught himself how to read and write.

Woodblock Prints: Nine students who wanted to share their personal stories of incarceration self-identified. They were interviewed and brought artifacts to help illustrate their stories. A few student artists sketched out all the designs on the 4 foot by 8 foot blocks, then teams of students began carving. It took about three hours to print each block.

HipOpera Performance: Video production students along with ELA students wrote and composed six songs for the HipOpera based on the life of Jimmy Santiago Baca

Check Out the Process 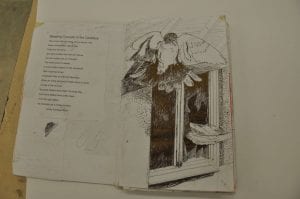 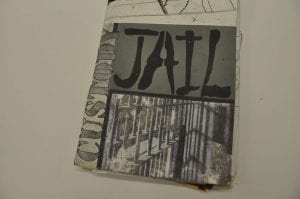 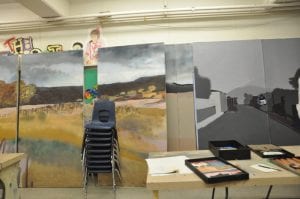 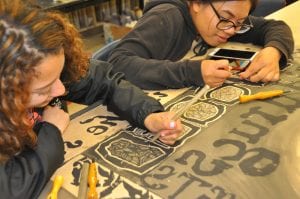 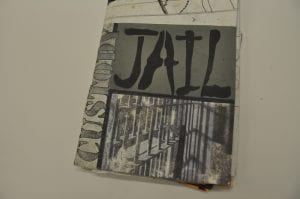 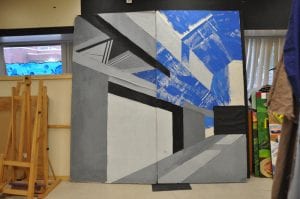 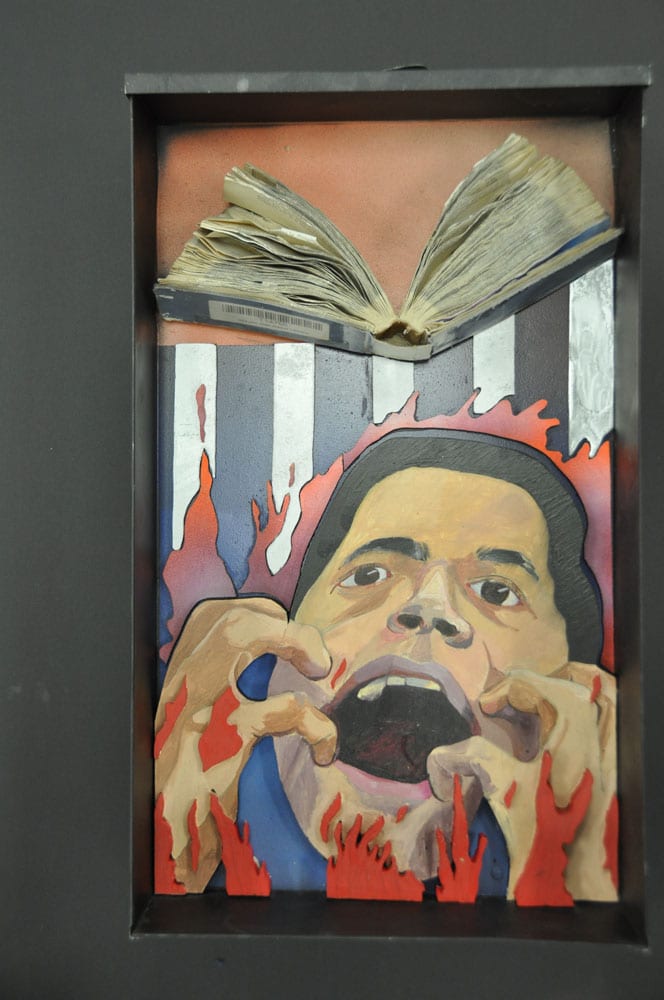 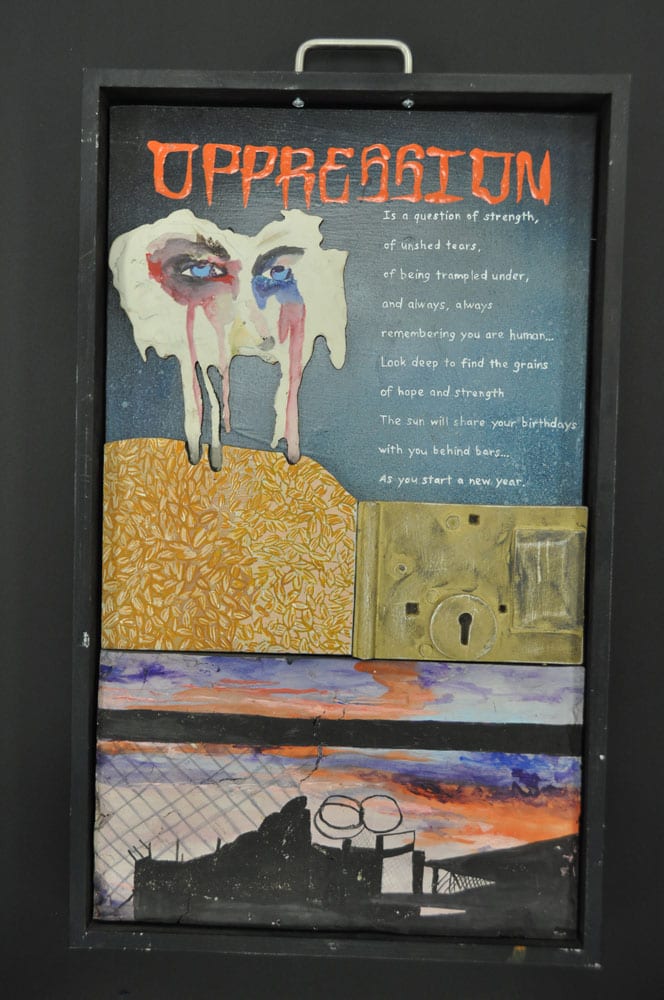 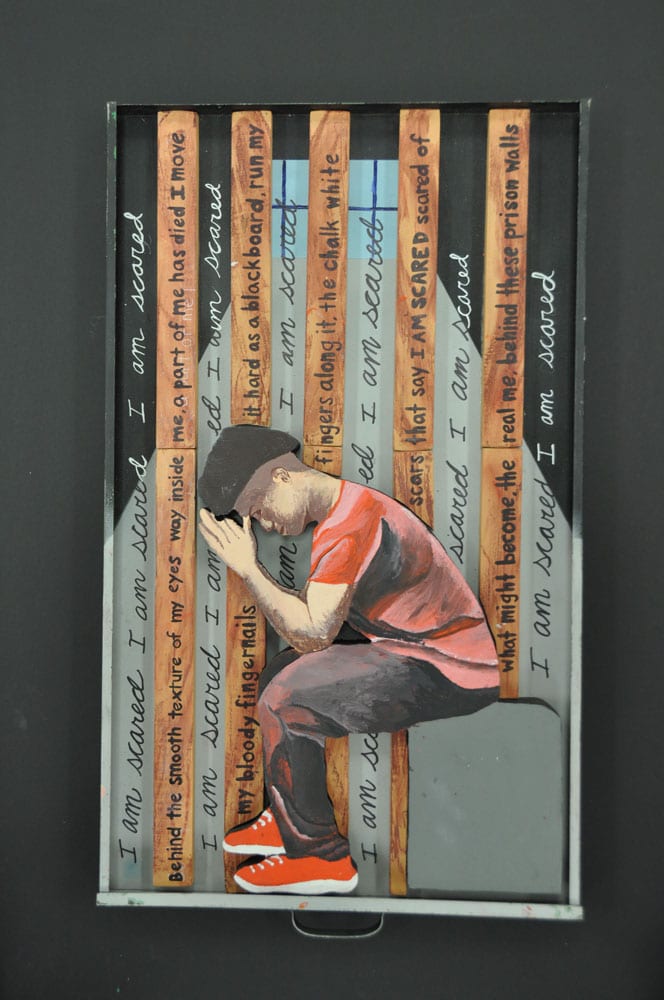 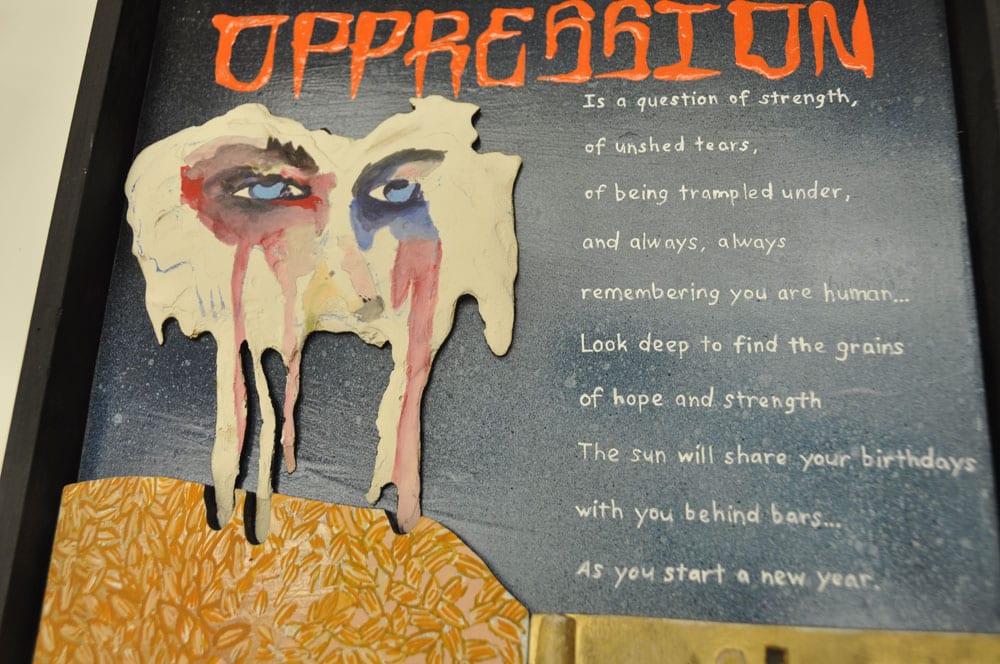 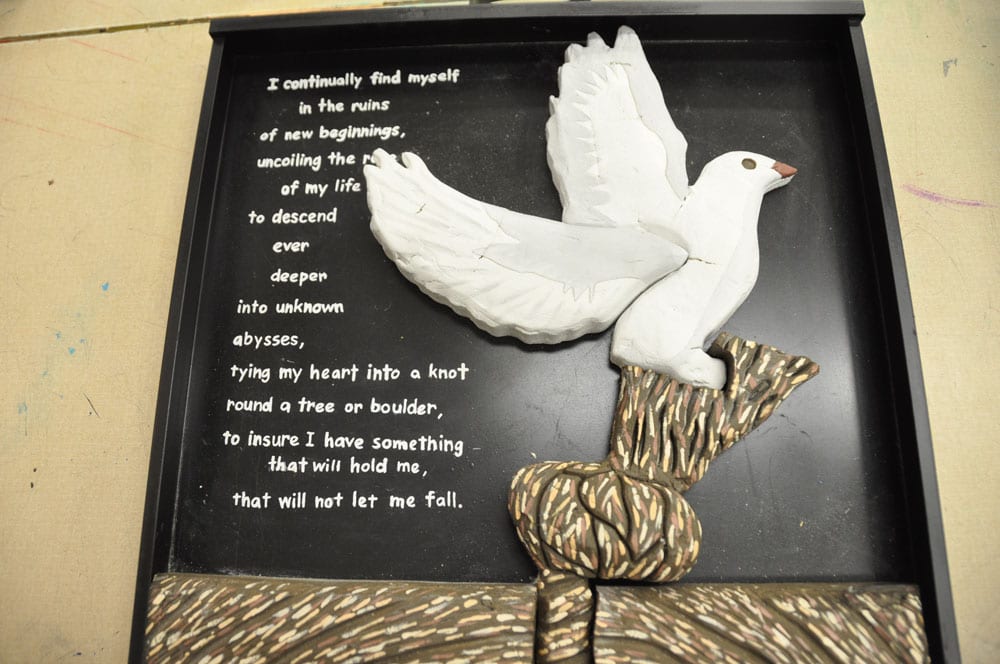